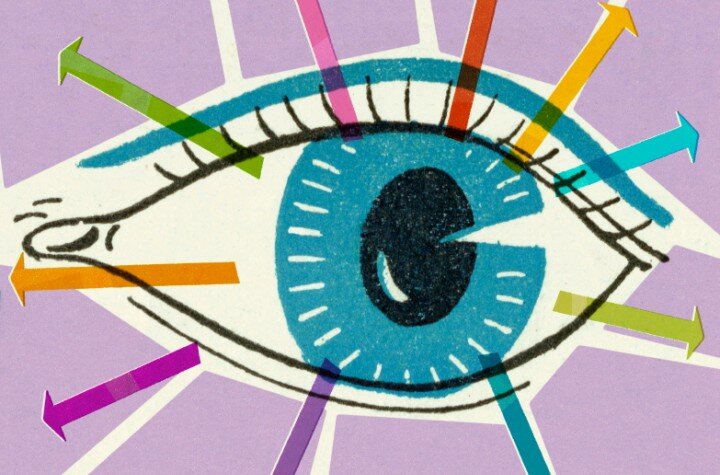 The hype is here, and the word is that performance management is dead. Microsoft, Accenture, Deloitte, and now even GE have all scrapped the traditional performance review. And so should you. At least, that’s what the headlines say. But before we all leap on the bandwagon and follow suit, let’s pause for a second. Because all is not what it seems, and some of the headlines are just downright wrong. Performance reviews may be changing in ways that are definitely desirable and long over-due, but they are far from dead. So let’s sort the facts out from the hype and see what is really happening, and what you need to do about it.

How performance reviews have evolved

What we call traditional performance reviews are actually a relatively recent innovation, having risen to prominence in the mid-1950s. Management by Objectives or Management by Results were the buzzwords back then, and the focus was on setting precisely defined targets and then measuring progress towards these. There was great hope in this new approach and the way it enabled pay-for-performance, supposedly ushering in a new era of meritocracy in which people who worked harder and got better results would be rewarded for it.

Unfortunately, a fundamental challenge quickly became apparent. Appraisal ratings were often inaccurate or not perceived to be fair representations of people’s actual performance. This was due in part to the fact that managers – like all people - are riddled with biases that make it difficult to objectively rate others’ performance. And compounding this was the fact that it can be difficult to discern what proportion of someone’s results is due to their effort and skill, and what is due to broader factors, such as the market or the processes that individuals have to work with.

In response to these issues, the 1980s and 90s saw the rise of a range of approaches that tried to expand and enhance performance reviews. New methods such as Total Quality Management, and behavioral and competency-based appraisals broadened the targets people were evaluated against, in order to try and provide a more holistic picture of performance. Companies tried to ensure more objective ratings by using processes such as ‘calibration’, in which managers who oversaw similar groups reviewed one another's employee performance ratings. And 360-degree feedback also began to be used, again as a way of trying to create greater objectivity, this time by collecting the ratings and perceptions of lots of people.

The really big development in this period, though, was the rise of Forced Ranking systems, which involved a subtle but significant shift of focus. In addition to evaluating how well employees had delivered on their objectives, forced ranking also required managers to compare employees’ performance to that of their peers. In its strictest form that meant rank ordering people from best to worst, and in a lighter form meant ensuring that certain proportions of people were categorised as over- and under-performing. The most famous proponent of this was GE, and in the US in particular it became a common appraisal method.

Yet problems remained. Competency and behavior-based appraisals are still vulnerable to rating biases. Calibration tends to be extremely time-consuming and it is unclear whether it succeeds in making performance ratings more accurate. And while 360-feedback systems may deliver multiple perspectives on individuals’ performance and are often useful sources of developmental suggestions, they are generally not effective as appraisal tools, as they too are prone to rating biases.

Forced ranking, on the other hand, does succeed in eliminating the generalized over-rating of people, which is why it has proved so popular. Yet it can also bring with it a whole new set of challenges. Dick Grote, who literally wrote the book on forced ranking, has shown how it can undeniably be useful in small doses, especially in businesses that struggle to get managers to rate anyone as under-performing. But he has equally noted that prolonged use of forced ranking systems can breed employee cynicism, lowered engagement levels, and even counterproductive behaviors.

Knowing that perfectly adequate performers – people who have done everything asked of them – can be rated as underperforming in order to meet quotas for classifying people as poor performers, can undermine confidence in the fairness of the system. And there are anecdotal reports (most famously from Microsoft), that by limiting the number of people who can be top-rated, forced ranking has unintentionally incentivized behaviors such as not recruiting potential high performers who might become rivals, deliberate undermining of peers’ performance, and a general reduction in collaboration.

Little wonder, then, given all these issues, that a recent Bersin study found that of 2500 companies in 90 countries, only 8 percent said that the annual review process was “an effective use of their time”.

So we have reached the point where people are trying to go back to the drawing board and reinvent performance appraisals. And in the last 6 months, the pace of change seems to have reached a tipping point. In April 2015 Harvard Business Review led with an article showcasing how Deloitte were ‘reinventing performance management’ with a ‘simpler’ and more sophisticated system. In July, a Washington Post headline announced that, “Accenture will get rid of performance reviews and rankings”. And then in August came the big one – GE, probably the most famous proponent of forced ranking – with headlines announcing that they were ‘killing annual performance reviews”. Appraisals, it seems, are all but dead and buried.

But look beyond the headlines, and things are not quite as they may appear. Not one of the big name companies supposedly ditching appraisals are getting rid of performance reviews entirely. Most of them still require managers to rate people in some way, and many are still linking these ratings to reward. So what, you may ask, is actually changing?

Looking beyond the headlines reveals one thing immediately: that although the unhappiness with traditional annual appraisals is clear and growing, just what they need to be replaced with is far from certain. That said, there are two developments that everyone seems to be in agreement with.

These two developments are both very welcome and overdue, but are not solutions in their own right, because they raise further questions. Three big ones stand out:

Do we need performance ratings at all?

If you ask firms why they collect performance ratings you usually hear one or more of three different answers.

For each of the reasons to give performance ratings, then, there are alternatives. You do not have to use performance ratings. And this is why we have seen a growing – though still very small – number of firms publically renounce performance ratings altogether. Yet for all the publicity surrounding these moves, it is important to remember that these firms are essentially experimenting. There is just not enough evidence yet to say for certain that removing performance ratings will do good. Or at least, not do any harm. Particularly, in terms of how people are rewarded. And that is why the majority of firms have not leapt to follow suit: because it is a big move with uncertain impact.

How to improve performance ratings

If you want to keep performance ratings, then, but do not want to go down the route of forced ranking, what is left to help you assure the quality of ratings? Well, you have four main options.

Just as with the companies abandoning ratings altogether, the firms trying out these new approaches are garnering a lot of headlines. But just like the companies abandoning ratings, the firms trying new ways of rating are also essentially experimenting and there is a lack of evidence that they do genuinely lead to more accurate and less biased performance ratings.

That said, there is a strong and growing feeling that using a combination of more frequent ratings and just plain different ratings, supported by rater training, may produce better and more reliable performance data. It is certainly less harmful than using forced ranking, and less time-consuming and expensive than calibration. So right now, it looks like the best option.

How to ensure performance is improved

The final question here is how to ensure that performance reviews genuinely do something to improve people’s performance. In theory the move to more frequent appraisal meetings should result in more coaching and feedback for employees. Yet the question remains how to make sure that managers do actually coach their people, and do so in a way that is effective.

The most common solution is to provide support for managers. There has thus been an upsurge in the number of businesses investing in providing training for managers in how to coach their people. This can be in the form of workshops, or online modules. In addition to this training, or sometimes instead of it, firms are also using scripts to help managers run review sessions. These scripts lay out the areas that managers need to cover in the review meetings. And to make sure the scripts are followed, some organizations are asking managers to submit data about each of the topic areas - so to answer questions such as “what has the individual done well” and “what could they do better”.

One further development here is the use of technology to enable employees to receive light-touch, continuous feedback. Vendors such as Reflektive, Impraise, Engagedly, Workday, and SuccessFactors are all embedding ongoing feedback into their performance management tools. And some large organizations are developing their own solutions. GE, for example, has recently launched an app called “[email protected]” (“performance development at GE”). The app is used to record what is discussed and committed to in appraisal discussions, and which employees can use to give or request feedback from anyone else at any point.

One slight caution here is that again, for all the hype, it is still early days and we do not know for certain that these innovations will help. After-all, what they all try to do is to increase the amount of feedback given, but feedback does not in itself guarantee development and improved performance. It is fine telling someone what they need to do better, but people often need help to change. So while the new feedback-enabling technologies may indeed prove useful, they are unlikely to be maximally effective unless part of a broader solution that includes things like coaching training.

What the hype and headlines have been correct about is that things are changing. What they have glossed over is that what we need to do now is not yet clear. For the moment, based on the evidence available, what we can recommend is this:

Performance management, then, is far from dead. Rather, it is getting a new lease of life, and shows signs that it might finally become what it always should have been: a useful and effective tool. Moreover, there are signs that for once the cries of ‘revolution’ may indeed be justified. For the re-imagining of performance management is leading us re-emphasize the importance of good old fashioned management skills. Never mind the leader as strategic visionary; this is all about the leader as people manager. The leader as someone who can motivate people and help them become better at what they do. And reinforcing this is the fact that the emergent technologies are not just being used to make employee appraisals easier, but to also provide managers themselves with feedback on their managerial skills.

The fundamental change occurring beneath the hype, then, is a revolution in reverse. A return to fundamental management skills. The delayering of organizations that has occurred over the past 30 years will not make this easy. Managers are busier and more stressed than ever before. But the promise and prize awaiting is more motivated and capable employees. And that, is something worth fighting for.